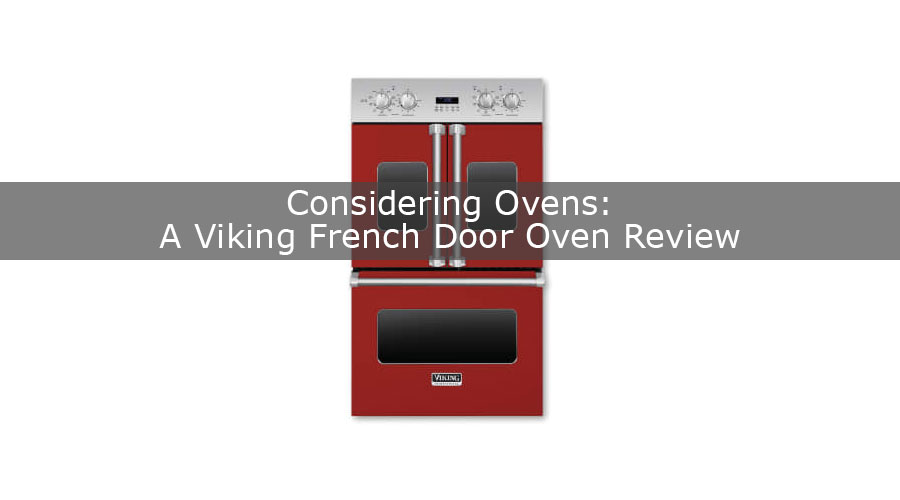 As you consider new ovens for your new kitchen, or newly remodeled kitchen, you need to compare a variety of options side by side to best understand all of the features and functions you need and want for your cooking style.

One of the easiest ways to start that process is through determining the size of oven you need, the style of oven you’d like, such as a double oven, French door oven, or single oven, and what kind of budget you have for this major appliance.

To help you in the process of examining ovens, we’ve pulled together a comparative review of a professional quality double oven with French doors from the well-known, well-respected brand of Viking. We’re comparing this oven with three competitors in a similar price range with similar features.

Hopefully, these comparisons will help you choose which features you’re looking for, and which oven most closely meets your needs.

The Viking Professional Premiere Series French Door VDO​​​​F730AR is a large, double oven with French doors on the upper oven, and a standard door on the lower oven. This double oven has a large number of features that help to set it apart from a variety of other models in both lower price ranges and in a similar price range.

The Viking Professional Premiere Series French Door VDOF730AR is supposed to be super convenient, with superior performance and power. The Viking name recommends that expectation to be true with a history of solidly built, high-quality major appliance models for more than 30 years.

Side swing doors, or French doors, make this oven easier to use than ever. The other top features of this French door oven include six porcelain coated racks, six positions for those racks within the oven, powerful convection technology, and eleven brilliant cooking modes to meet your every need in the baking realm. 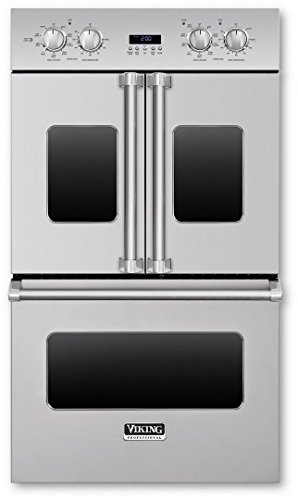 The Viking VDOF730AR is a convection oven using a large fan to transfer heat throughout the oven to make sure that your food cooks evenly and thoroughly.

What is a Convection Oven?

In reality, all ovens are convection ovens. Generally when you hear the term “convection,” however, the literal meaning is the natural circulation of heat by temperature differences in a given space.

Since we’re talking convection ovens, you can assume we’re being more specific than a heated space wherein heat is transferred. Obviously, we’re referring to ovens, and this term “convection” refers to the type of oven that uses a fan inside the oven body itself to circulate air throughout the oven. This use of a fan keeps the temperatures inside an oven more evenly spread, meaning that the temperatures are steadier throughout.

Convection ovens use forced convection to cook food faster through this circulation of air which transfers the heat around the oven faster.

Some items are better prepared in non-convection environments, however, such as bread and cookies. These items do better in a humid environment. When baking these items, turn the convection function off in the ovens to correct this issue.

Since the convection function can be turned off, you’re better off investing in a convection oven to ensure that all of your baking needs are met. The Viking VDOF730AR French door oven is a double oven with French doors on the upper oven, and standard door on the lower oven. It has a number of convenient features and functions that should make it an easy-to-use, easy-to-understand oven that will take care of your household cooking needs.

The Viking VDOF730AR is packed with features that are useful in any kitchen.

The Viking French door oven comes with one of the best warranties in the industry: a 3-year full warranty. This oven also comes with a 90-day full cosmetic warranty for parts such as glass, decorative items, and painted items.

The Viking French door oven also comes with a 5-year limited warranty for oven tubular and infrared burners, and for the electric elements.

How Does the Viking French Door Oven Compare to the Competition?

All the ovens we’re comparing are in a similar price range to the Viking French door oven. Each oven has French doors on the upper oven, and various features and specifications that are similar to the Viking, as well as different. 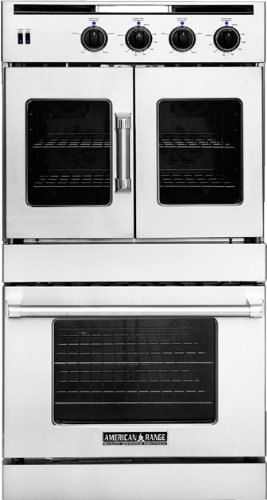 The Viking French Door oven and the American Range French door oven have a number of similar features, including a large capacity, easy-view windows, and adjustable baking racks throughout.

The American Range Legacy Series AROFSE230 will run you between eight thousand two hundred to nine thousand four hundred dollars, depending on the retailer. This makes it comparable in price to the higher range for the Viking oven that we’re examining in this review.

The style of doors on the upper and bottom oven both make this an easy-to-use oven when you’re working on your own. The analog controls make for easy use, as well, along with the easy-to-understand blue LED light indicators on flame and oven functions.

This oven has an extra-large viewing window in the door, and lights in both ovens that can be controlled from the front panel switch.

The interior is porcelain, which makes for easy cleaning.

The two baking racks that can work through five different levels, and the overall large capacity make this an ideal oven for making large meals at home for entertaining, as well.

Overall, this oven rates as a 4 out of 5 for ease-of-use, since there’s no mention of a self-cleaning mode that would rank it higher.

Comparisons: The Viking French Door Oven Versus the BlueStar BSDEWO30ECSDDDV2

Both the Viking and the BlueStar offer a Sabbath mode for the oven, as well as great self-cleaning features in their French door double ovens.

The BlueStar BSDEWO30ECSDDDV2 runs approximately seven thousand three hundred dollars at retailers across the web. This makes it a few hundred dollars less than the Viking model we’re examining. The differences in quality are minimal, and the features vary enough that your choice of oven will be about options rather than quality.

The price may affect your decision if the cost is of more importance than bonus features like a built-in baking stone.

The BlueStar comes with Sabbath mode on the top oven, multiple racks, easy-to-use touchscreen, and something called Continu Clean, which cleans the oven after every use without chemicals.

Great features include the StoneBake™ which allows for crisp bread and crusts every time, even convection heat distribution, and a built-in-baking stone. These features make this a super easy-to-use oven for anyone who does a lot of bread and pizza baking in particular.

Overall, the BlueStar is an easy-to-use, easy-to-clean, and easy-to-understand model, which makes it a great option for pretty much any home that requires a double oven.

The Bluestar model comes with a 1-year limited warranty from the manufacturer. This is the lower end of warranties on this type of appliance, so it earns the rating of 2.5 out of 5 stars, as compared to the Viking warranty that has a 5 out of 5 stars rewarded for warranty.

Both the Viking and GE Monogram have French doors on the upper oven, and standard doors on the bottom oven. The GE has some other features, however, that vary the appliances rather significantly, despite being “comparable” to one another.

The likely difference in price is the luxury brand expectations and expected quality standards of Viking versus GE.

The GE Monogram comes with the easy-to-use French doors on the upper oven, which allows for one-hand opening. The convection system creates evenly heated and cooked food, and the large capacity allows for cooking larger meals at one time. All of that adds up to very strong ease-of-use for this model.

Bonus features that make this an even easier to use oven are the two different self-cleaning modes, and the Wi-Fi connectivity.

The Wi-Fi allows you to control oven functions from anywhere with your smartphone. If you tend to leave the oven on, or are paranoid about doing so, this is a perfect feature for you.

The GE Monogram oven comes with a limited 2-year warranty for parts and labor. Most retailers offer extended warranties that may be purchased for a modest price, which add protection to your appliances. You may wish to consider adding one of these to your purchase.

Where to Buy the Viking French Door Oven

You can purchase a Viking VDOF730AR at Appliances Connection, AJ Madison, Plessers, Build.com, and various similar websites and stores.

We love the Viking French door oven. This fantastic appliance is comparable in price with other similar models that offer fewer, less convenient features. For those that have similar features, the quality reputation of the Viking Range company outweighs many of the competitors for reliability and standards. 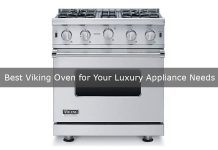 Viking Oven: The Best Products For Your Luxury Appliance Needs 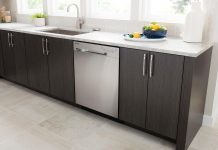 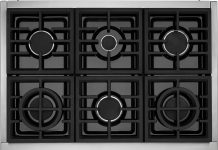 KitchenAid KGCU467VSS Review: What You Should Know Before You Buy