Luxury Home One
Home Brands A Deeper Look On The Wolf DF366 : Specification And Buyer’s Guide 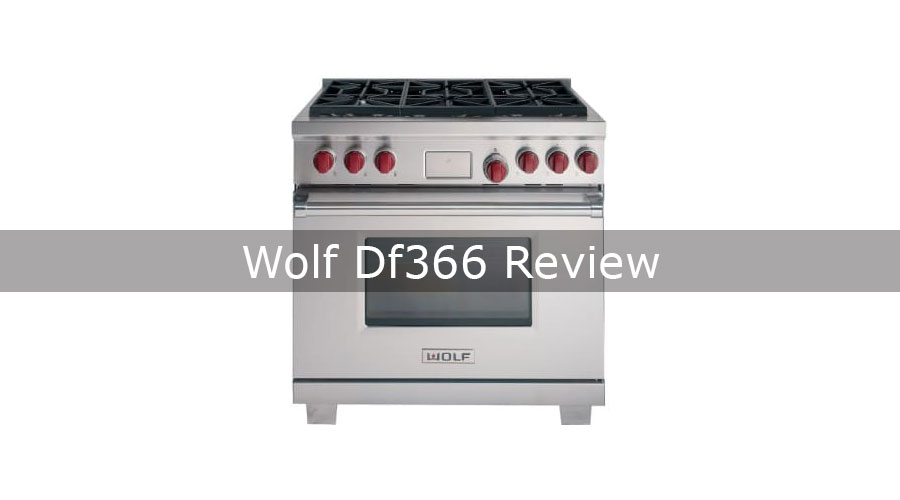 When thinking about your dream kitchen, what’s in it?

Some appliances work well, and then some appliances will take your breath away. Life's too short to cook bad meals. The better your appliance, the easier it will be to bring out your inner Master Chef.

Let’s give a top of the range oven a review and determine whether it’s worth your time.

So, what is the Wolf Df366? It is a 36-inch dual fuel range stove-top and oven that can fit seamlessly into your kitchen. With six burners, it’s capable of producing a high output of gas, or a small trickle, depending on what you’re cooking.

The stove top that boasts six burners produces 20,000 Btu’s of gas, making it a great, practical appliance that can cater to any type of meal.

The oven also caters to a variety of different tasks. This conventional electric oven has two fans and four heating elements that work together to produce a fast-heating, energy efficient appliance.

Controlled by red knobs on the exterior of this appliance, this provides you with ten different cooking modes to make even the most laborious task effortless.

Because the heat is evenly distributed within the oven, you can bake a variety of different pastries and rolls at the same time without worrying about an uneven browning. Additionally, it can cook a roast in record time while keeping the meat moist.

Specifications of the Wolf Df366

Now that you know what the Wolf Df366 is let's discuss the specs of this appliance.

As mentioned previously, this has ten different cooking modes when it comes to the oven. The oven itself is electric with convection mode. This feature assists in the speed and balance when you're cooking many items at once.

The six burners above are dual-stacked that can produce up to 20,000 Btu. If you're looking for a good simmer, the burners can be turned all the way down to 300 Btu. The cast iron grating over the elements is continuous, making it easy to move pots and pans around.

The Wolf is regularly tested in the manufacturing facility in America to help maintain a high level of performance. The porcelain interior is a cobalt blue shade.

Additionally, the spark ignition system automatically re-lights a burner should it go out. The Wolf is made out of heavy-duty stainless steel, giving it a professional look that is also hard wearing.

The control knobs are available in black, red, or stainless steel. The temperature probe is capable of cooking your food to perfection – it lets you know when your food is cooked.

The Wolf Df366 is also self-cleaning.

Things to Remember When Using the Wolf Df366

We’ve explored the specifications of the Wolf Df366. Now, let’s take a look at some unique features to take into account when considering this appliance for your kitchen.

If you want to use the cook time feature, it's essential that the oven clock is set to the correct time. This ensures the accuracy of the timing feature.

With the timer, you may set it for a maximum of nine hours and 59 minutes. The different modes that the oven offers include convection bake, roast, and broil.

You also have regular bake, roast and broil as well. Additional cooking modes include proof, dehydration, bake stone, and self-clean.

When putting it on self-cleaning mode, make sure to remove all racks. The oven will be set to an extremely high temperature. This means that if you leave the racks in during self-cleaning, they may discolor.

When it comes to pricing, you will be surprised at how difficult it was to find this information online for the Wolf Df366.

Many websites like Appliances Connection feature the Wolf Df366 for sale. However, to get an accurate quote on price, you have to call this company. Let's take a look at a couple of online retail outlets where you can purchase the Wolf Df366:

Now that we’ve discussed pricing and thoroughly detailed the Wolf, it’s time to test it against other similar dual fuel oven ranges. Let’s take a look at the Wolf against the Hestan KRD365LP:

The Hestan KRD365LP comes in Steeletto stainless steel, which is slightly different from conventional stainless steel, but still practical and visually appealing. It's somewhat smaller than the Wolf Df366, which is ideal if you're a bit limited with space.

It doesn’t have as many stove-top burners as the Wolf Df366, coming in at five instead of six. However, it does have a larger oven capacity at 5.8 cubic feet instead of 5.4.

The Hestan KRD365LP is slightly more expensive than the Wolf Df366, which is surprising considering you don’t get as many burners. You do get more oven space, however, so it all depends on what you’re looking for.

Now, let's compare the Wolf Df366 against another similar appliance with a different brand, Dacor:

The Dacor DYRP36DCNG is the appliance that has the most differences to the Wolf – but is it better?

Let's start with the appearance. The Dacor DYRP36DCNG comes in stainless steel as well as color match. This means that there is an additional range of colors you can choose from when ordering, to fit in nicely with your kitchen décor.

The most significant difference between this appliance and the Wolf is the build. The Dacor DYRP36DCNG is a slide-in model, whereas the Wolf , is free-standing.

The Dacor DYRP36DCNG also doesn’t have convection settings. This is another potential downside if convection is something you’re looking for in an oven range. The Dacor is slightly cheaper than the Wolf, as well.

The reason for this may be that it’s slightly smaller and doesn’t have as much oven capacity.

Let’s take a look at the last appliance we will compare with the Wolf.

The Fisher Paykel RDV2366NN is the most similar of the three to the Wolf. However, it's significantly cheaper than the other models, which may suggest that it's not as good quality.

While its depth is almost the same as the Wolf, there's quite a difference in the height. This freestanding dual fuel range appliance also has the smallest oven capacity of all, coming in at a modest 4.8 cubic feet.

Interestingly, the Fisher Paykel RDV2366NN has one of the most extensive glass inserts in the oven door. The Wolf Df366 has one of the smallest, which can potentially get in the way of assessing your food as it cooks. However, these types of difference tend to be subjective.

We've gone over the Wolf with a fine-toothed comb, looking at the technical specifications and manufacturing qualities. We've also considered the Wolf Df366 against other similar products within its price range.

To conclude, we award the Wolf Df366 4/5 stars. While its design may frustrate some customers, along with a couple of manufacturing faults, we found it to be a reliable, practical appliance that can offer you easy cooking.

This professional looking dual fuel oven range fits well into any kitchen. With its practicality, you can achieve great bakes and cooks with both electric and gas. 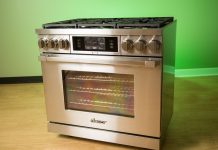 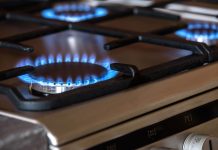 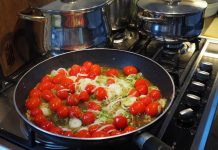